Consumer protection is lost in the rush to commissions

We hear all about low appraisals, but we never seem to hear about homes that are flat-out over priced, often by an agent who wants to prove they are smarter than everyone else and will take advantage of any unusual feature or circumstance to push the value beyond any other homes in the local market.

A buyer finds a house in need of some updating. Medium sized market and things are selling between 90-120 days on average. The neighborhood is good and the house has a three level deck that cost twenty-grand and a $10,000 water garden running beside the deck. These features are way above other things in the neighborhood, but they are still desirable. They buy the house for $220,000 and spend $45,000 on renovations; kitchen and bathrooms, paint and flooring, etc.. The agent tells them they can list the house at $394,900. The most expensive house in this area sold for $450,000. It was 1,418 sqft larger and sat on two lots, and had been totally remodeled. It was probably the best comp available. There were several other comps closer in size and age, but they all needed updating. They sold between $295,000 and $315,000. So, how much does remodeling add to a house? Of course, there are a lot of “it depends” with any real estate deal, but with an investment of $265,000, with a $394,900 list price, that could be a profit of around 50% in four months. We would all like to find a few of those investments! However…

The house appraised at $346,000, which was still a great return for four months work. But, this agent chose to file a complaint against the appraiser for “killing her deal.” Two other appraisals were ordered later in this transaction. One came in at $349,000 and the second at $334,000. The agent still bad mouthed only the first appraiser and told every she knew what a idiot he was. She said he didn’t understand the local market and she was the expert. She didn’t care what other homes had sold for because she is the local expert. She set the price and found a buyer willing to pay it and that should be enough. She knows better than any appraiser and they should listen to her experience. Her Blog post said “All my hard work was wasted by a backwards appraiser.”

They are too many examples of where agents push values just to see what they can get. The deal falls through and everyone involved is convinced the appraiser ruined everything for everyone. There are usually two agents involved in each transaction. One working for the seller and one for the buyer. The buyer’s agent is supposed to be watching out for their clients’ best interest, but far too often they only want to make the deal go through so they can get paid. They say the buyer is okay with the value and that’s all that matters. Consumer protection is lost in the rush to commissions.

Of course, every real estate valuation is partially subjective. But, most values can be logically developed with the experience and skill in the local market. No buyer should want to pay more for a property that it’s worth, but it happens every day, all across the country. And, Realtors® seem to push the pricing wheel higher and higher all the time. It’s like a numbers game about who can get the most. It’s very personal when you price a house. And, once you put that price out there, if someone comes along and says you were wrong about the value, well those are fighting words. “How dare you, I am the expert here.”

The listing agent is part of a much bigger problem no one seems to want to talk about. Realtor® education and responsibility should be a high priority in this day and time. After a decade of real estate problems, there are agents who still have not been properly trained and get into the business only to “make a little extra money.” A part-time agent is dangerous when it comes to most people’s single largest lifetime investment. I would think after all the discussion of appraisers and mortgages, and runaway real estate prices, this topic is something that should be on the radar. Blaming appraisers for every real estate problem is not the answer and it’s time to look at the heart of the problem – Realtors®! 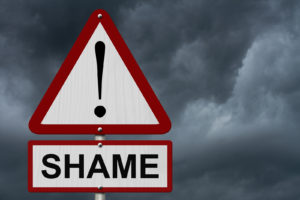