The AMC dog and pony show has been going on for the better part of a decade. Appraisers have been called out for every problem associated with a real estate closing. Ever silent is any talk of better educating Realtors®. They are the ones with the most power in the pricing process, and the majority of so-called “appraisal problems” are because they say it’s a problem. That’s a LOT of power. But somehow, they manage to stay under the radar and no one seems to be challenging their integrity, as they constantly do with appraisers. Realtors® are the least educated people in the entire home buying process. It seems everyone, their brother, and their cousin has a real estate license. How many times do we hear about how easy it is to get a license and sell houses. “Oh, we love making a little part-time money and it’s so easy.” Of course selling homes is not so easy, but getting a real estate license – that’s much easier. The Association of Real Estate License Law Officials (ARELLO) estimates that there are about 2 million active real estate licensees in the United States. According to the Appraisal Institute, as of December 31, 2017, the number of active real estate appraisers in the U.S. stood at 82,208. Let’s see – 2,000,000 vs 82,208?? Must be a little easier and that’s two million opinions based on the least required education in the entire home buying system.

Realtors® have always seemed to have some unwritten power. When it comes to home prices, it’s always assumed a “low appraisal” rather than an “over-priced listing.” Realtors® have a magical credibility that appraisers have not been afforded. AMCs and their underwriters seem to question every comment and adjustment appraisers make. But, no one questions how a Realtor® comes up with a listing price. There’s something wrong with that picture, but it seems to get lost in the smoke and mirrors of the cheaper and faster appraisal rush, a rush that no one except the AMCs have ever demanded. And, no one appears to have any interest in protecting consumers, only making money from the appraisal process. The entire “faster and cheaper” appraisal argument remains all about potential profits and consumer protection is totally lost.

AMCs were given their power overnight which was unearned and undeserved, and have now grown into billion-dollar businesses (on the back of every appraiser). They are also playing hardball with their new-found wealth by promoting every policy that benefits only them, such as Hybrid Appraisals. These products benefit only the AMC. They are bad for the appraisal industry and especially for consumers. The AMC decade will leave a lasting impression on the appraisal industry that will not soon be forgotten. The appraisal industry has lost over 10% of the entire workforce with those who flat out refused to work for AMCs. That’s a large chunk of appraisers who did not need to be lost. And, what about fees? I won’t get into that too much here, but I still find it amazing that consumers are not allowed to see the breakdown of the fees paid for an appraisal. Who’s rule is that? Exactly, the AMCs. They seem to have lots of power these days.

Appraiser voices are being heard more and more often and the true value of an appraisal management companies is coming to light, but it may be too little too late. AMCs are touting record sales volumes and more power than ever, as they continue to drive the best appraisers out of the industry. They don’t want or need good appraisers. That’s not their goal. Only cheap, fill out the form to meet minimum requirements and run to the bank with their profits. Appraisers were chartered to protect consumers and mortgage investors. That’s the exact opposite of an AMCs charter. It is a business model that only grew with the force-feeding 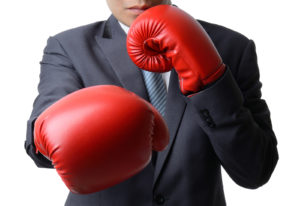 Of course, there are some very good management companies. But, the model that dictates any one service over another, without free choice in the market, is over-government control at a time in history when less government is the objective. AMCs have been offered a long and fair test in the market. They have failed miserably and can only blame delays caused by them on appraisers. Surprisingly, when lenders order directly from appraisers, with truly qualified underwriters reviewing the work, the speed rises dramatically. Faster appraisers would come with the total removal of the AMC system. The question is, will the powers that be, and all the talk of big data and big money, take control over reason and logic – and of course consumer protection.

I think in an open market the best AMCs would survive. They have changed and grown to work with appraisers, not as dictators but as partners. However, the majority survive because they are mandatory or the least expensive option under current government rules. From the HVCC to today, can we really say the mortgage lending system has improved due to AMCs? The short answer is NO, not even a little bit. A wasted decade with lots of evidence if anyone really wants to see the truth.

AMCs need to be removed from the mortgage system just like the 1004 MCA. AMCs failed miserably and it’s time to move back to sanity and move forward to focusing up Realtor® education about pricing real estate. Then we can talk of “low appraisals” vs “over-priced listings” and mortgage loans.