Hypocrites, yes what else should we call them? There’s a great deal of talk about protecting the consumer, but home buyers are being cheated every day by the absence of a nationally mandated measurement standard. No opinion, it’s a fact. The National Association of Realtors® and the Appraisal Foundation both share similar ethic creeds, both vowing to work to enhance consumer protection and do everything in their power to ensure professionalism in their respected industries. What’s interesting, or perhaps more mystifying, is that for the industry leaders that profess their commitments to ethics and professionalism, they find no need to mandate a measurement standard that would protect American home buyers.

Homes can be measured in the same market by totally different methods, creating square footage numbers that can vary in the hundreds. This problem has been well documented over the last decade and it’s no secret that inaccurate square footage is rampart throughout MLS systems across the country. Not one national MLS system, but over 800 individually owned systems that often use different terminology as well as different methods for measuring square footage. Then the sites such as Zillow®, Trulia®, Realtor.com®, Redfin®, Homes.com®, or one of thousands of national real estate companies come in and they all show national statistics and square footage information that was not measured or reported the same way. It’s a system that was never planned out. It’s a happenstance system of information reporting, that in the world of big data and technology is archaic at best.

Real estate agent, Automated Valuation Models, and many other industries rely on the over-used price-per-square-foot formula to price homes. They trust this system and work as though there is some magic fairy that provides quality square footage information that they can use for free. Listing prices are developed based on inaccurate data and consumers are cheated. It happens every day. Even if it’s just in the measurement of stairs. Maybe the difference is only 40 or 50 sqft. If that variation in measurement methods works out to $4,000 to $6,000, does that amount of money just not matter? Get out your check book and repeat the question.

Just a for instance; House 123 ABC St., Anywhere USA was being listed by an agent that was taught to use tax records (what they were taught was the “Official Record” for square footage). Public records showed the house with 2,200 sqft. The agent developed a price-per-square-foot formula in the development and came up with $124.50 per-sqft. Listing price equals 2,200 sqft times $124.50 per-sqft, for a listing price of $273,900. The house hit the market and was placed under contract within three weeks. The appraiser came in and measured the house with 1,914 sqft. In this case they used almost the same price-per-sqft numbers and came up with an appraised value of $238,000. That’s a difference of $35,900.00. Come on – that’s over thirty-five grand on a simple mistake that happens every day. If that’s your $35,000 would it matter to you? Why is this acceptable in our industry?

How hard would it be for there to be one nationally mandated measurement standard for agents and appraisers, and to require every listing placed into the MLS be measured by that standard prior to listing the property for sale? It’s logical and doesn’t seem that hard to achieve. And, many of the so-called low appraisals are caused by agents who never took the time to measure a house before they list it for sale. Many times, there are different square footage totals reported in MLS. Some agents simply take the largest number to get the price as high as possible. They don’t care if it’s accurate or who might get shorted, only to make the commission as large as possible. Please explain to me how this is consumer protection.

And, what about the banks that are pushing Hybrid Appraisals? Not only are they willing to unleash an army of untrained agents on consumers, those agents will be measuring by a host of different methods. Where’s the consistency in that? For people that claim to be wanting to make the system better for their customers, they record does not reflect well against their actions.

I keep screaming about this subject the best I can, yet the powers that be remain silent on this issue. Until consumers start realizing how they are being cheated and start complaining, maybe nothing will happen. I can still keep hoping the NAR and Appraisal Foundation will do the right thing and find a way to create a nationally mandated measurement standard for residential properties. Then the NAR could make one new rule that all homes be measured prior to listing, and presto – problem gets 95% better overnight. What will it take to make this happen? 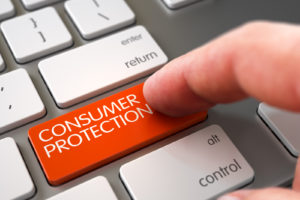